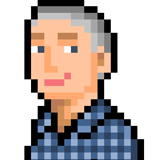 Jeremy grew up on an Atari 2600 and IBM PCjr. After graduating from Kenyon College, he managed a LAN gaming center in Madison, Wisconsin and then moved to San Francisco in 1998 to be an editor at PC Gamer Magazine. Years later he started a video company in Chicago, only to move back to San Francisco in 2008 to help engineer Qore on the PlayStation Network. Meanwhile he took an interest in Arduino and “making” stuff. He also loves pinball. And his kids.

Your message was successfully sent.
Thank You!

In '84 Christopher was an arcade and pinball junkie, frequently found at Kmart buying 10 packs of Kodak 5.25" floppy disks for his Commodore 64.  A former denizen of Appalachia he headed west to the Golden State in '95 seeking…